Common mergansers are the largest of the three merganser species in North America; adults weigh 1,230 – 1,700 grams (2.7 – 3.7 lbs) and are 54 – 71 cm (21.2 – 27.9 in.) long. Males are somewhat larger than females. Adult males have an iridescent, greenish-black head, with white neck, under parts, and secondaries against black upper wings, gray back and tail. Unlike red-breasted mergansers, male common mergansers in breeding plumage have no crest on head. In late summer during molt, males resemble breeding females in overall coloration, except the male’s wing has a larger white patch and they develop a crest shorter than the female’s. 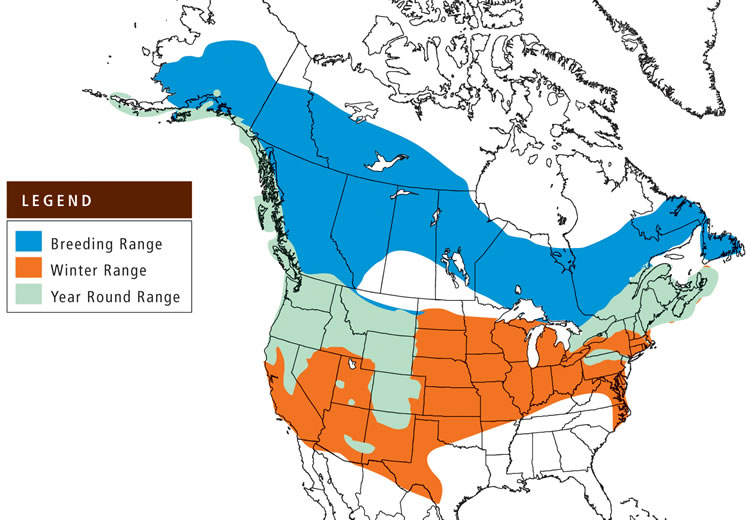 The SDJV promotes the conservation of all North American sea ducks through partnerships by providing greater knowledge and understanding for effective population and habitat conservation and management.